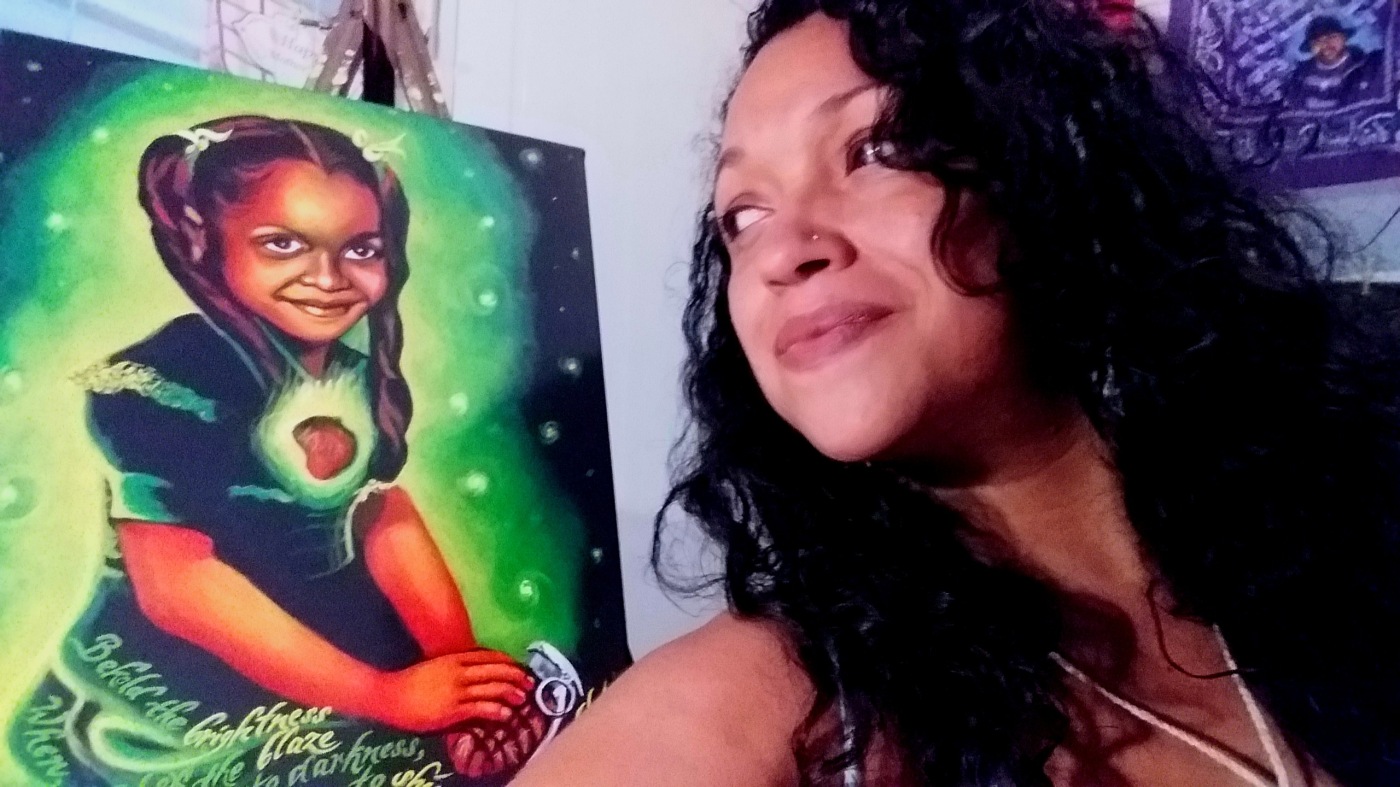 Rematriatingboriken.com is where I share thoughts and reflections on my experience moving to and living in Puerto Rico the last five years. I am an artist and writer, originally from Brooklyn, where I was born and raised. My parents are both from Ponce, Puerto Rico. I was introduced to art by my mom who painted tropical scenes around our Brooklyn apartment and by my brother who was a graffiti artist. By junior high school I was using art, music and journaling to cope with the harsh realities of life and the injustices I was already seeing in the world. At 14, I started boarding the A train daily from East New York, Brooklyn to the city to study at the LaGuardia High School of the Arts.   Every so often my father would pick me up from school. On these drives, he would tell me about the hidden history of Puerto Rico– stories of indigenous warrior ancestors; legacies of West Africa; Pedro Albizu Campos, Lolita Lebrón and the Nationalist Party; la massacre de Ponce and the murder of two young independence supporters in Cerro Maravilla. At 17, I left Brooklyn to study art at Cornell University, supplementing that experience with an intense process of self-education, uncovering the narratives and histories that hadn’t been taught in school. All this I documented in my art. It has been the basis of my art practice over the last two decades.

2008 was a pivotal year in my trajectory. That year I made three research trips to Vieques for my Bieké project. During one of those trips, my brother was diagnosed with cancer. Two months later I learned I was pregnant with my first son. Spending time with my brother in the hospital, I decided it was a space where battles took place. I opted instead to birth my baby at home, with the support of his father, my midwife and a doula. It was the most impactful spiritual act I had ever been a part of. Shortly after his first birthday, I witnessed the second most powerful spiritual act of my life, my brother’s transition. When witnessing life and death in their most raw form you are catapulted into a process of questioning how you live and why and our purpose here. I understand that we all come here to learn to love and be loved in a more elevated form and to evolve to a more liberated state.

It was during a trip back to Vieques in 2013, commemorating 10 years since the closing of the US Navy’s Camp Garcia that I decided that parting with this land after each visit had become unbearably painful. I vowed that I would only return with a one-way ticket. Exactly one year later, in May of 2014, I moved to Puerto Rico with my husband and our two small boys.

The writings shared here chronicle a different kind of journey home. After working two decades in various movements to free Puerto Rico, coming home to Borikén taught me that in order to be of any service to this land, I first had to free myself. This is a collection of intimate rants, reflections and revelations towards rebirthing myself renewed, liberated on the sacred land of my ancestors. These writings reveal the lessons learned from the land herself.