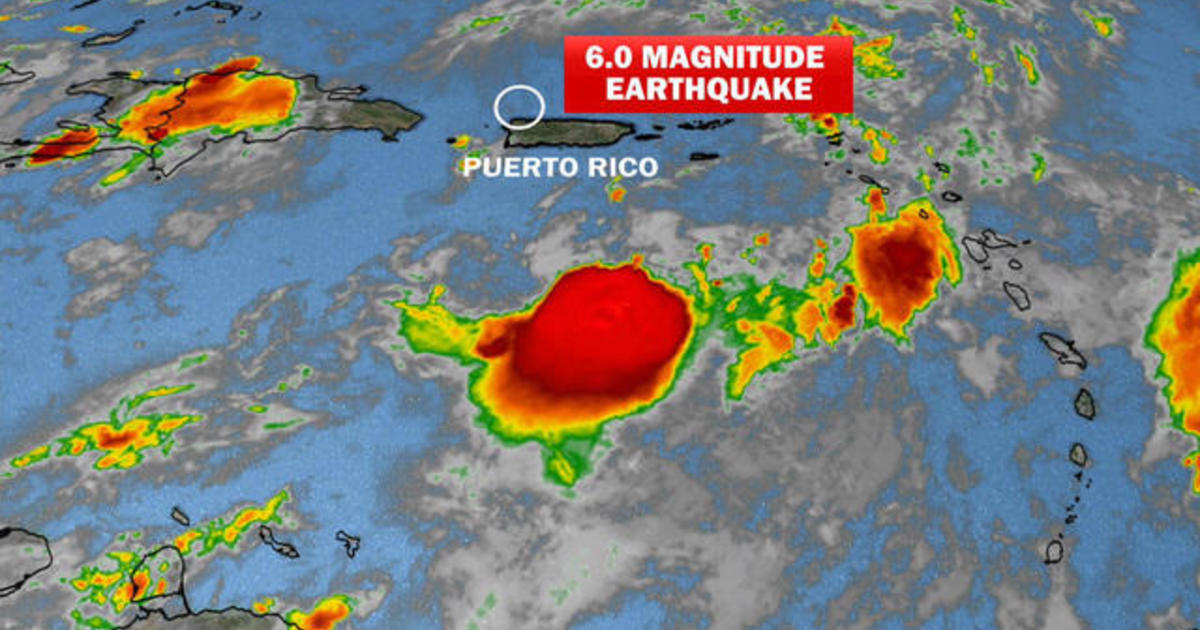 Hurriquake is the word that slipped from my lips as I spoke to my mom cross-charco about us/ about Haiti. The hurriquake of 2010, I said after a weekend of a two-year anniversary of Hurricane María, where I wanted to write a piece reflecting on it but wrote heavily on Haiti. I included my painting of Betances, his hands directing currents of bioluminescent waters to light-up the Antilles post hurricanes. A weekend that sent the island scrambling again in preparation for another storm.

A near silent commemoration of a contained revolution in the mountain town of Lares. The 23rd of September. 1868 revolution authored from abroad by Betances in exile.  Weapons and supplies he tried to send were confiscated in St. Thomas. Betances who dreamed of an Antillean confederacy. Betances who warned of US imperialism. Betances who fought for liberation from Paris to Borikén.

My mouth unexpectedly speaks syncretic secrets of our new norm.

Hurriquake= 1. the strange suspension of an altered state of consciousness to ascend/ escape from the superficial plane of outdated politics of injustice/ colonization/ climate destruction.
2. Sandwiched suspended or trapped between rumbling skies of tropical storms and the earth rumbling beneath your feet.
3. Nothing is stable, not your homeland, nor its government, and certainly not the empire claiming to protect you. Not the blue sky, nor the ground you once thought was firm, but now know otherwise. And certainly not the flat sea that at any moment in time can retreat, return in thunderous force. 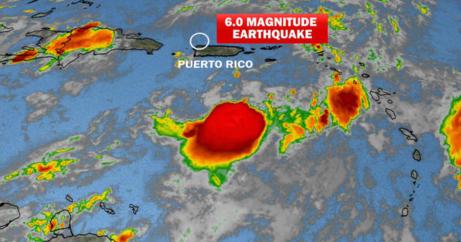 This week marks a new norm. Post-hurricane survival alertness coupled with remembering all the vibrations your body has ever known since first inhabiting these lands. She and I, these lands and I, were just in tune to each other’s energy. I could feel her vibrating all the time.  Wondered if this hill was hollow. Could feel it vibrate and then five minutes later hear a car pass. Could I feel the car approaching?  Could a mere car make this hill tremble? WTF? But it was other stuff too. Like sensing the vibration of the wind blowing past my skin. Like the time my little one, then two-years old, ran across a flat concrete basketball court and from the opposite side, each time one of his little light feet touched concrete, I could feel the vibration. Thought it was some weird rematriation-frequency-activation type-business. I had just arrived, I was tuning into her frequency. But the vibrations never stopped.

She’s just a cosmic girl.
From another galaxy….
Transmitting on my frequency
-lyric excerpt, Jamiroquai

The night the ground began to shake, I was sitting all day at my computer working on a project proposal. As it got later and later and everyone in the house had gone to sleep, except me, I worked with an image of my painting “I come from Life”, the only painting where I directly reference my rematriation. I then searched through my Boricua Rematriation Manifesto to find excerpts that most described the essence of what I was needing to convey.  I meditated on the Puerto Rico Trench, that treacherous, deepest part of the Atlantic Ocean that we must cross when traveling from the US to Puerto Rico and back again. One part stood out as crucial:

We, another interocean, cosmic, marine species of colonial refugees emerge like mermaids from the sea.

I stood up from the computer to get something and realized that she was vibrating again. Then I heard the light fixtures rattling and shit falling off shelves. I went to the boys’ room to make sure they hadn’t woken up. Their dad was already in there getting them from their beds, thinking it was best to get them out. The boys were more frightened by us awakening them. They thankfully hadn’t felt it. After it was over, I could hear my neighbors calling out to one another outside. Ivan went out to check in with them. We hadn’t done this in unison since after María.  Why do we humans need to be scared shitless to come together?

With the ground seemingly still again, you could register just how strange the sensation of swaying against your will is. You can get up on a swing, swing to your hearts content. You can float on the sea and sway with her waves. You can feel her gentle vibrations, but to navigate on ground spontaneously swaying strongly beneath your feet is an ambush/ an assault on the first chakra.

In the days leading to her quakes I had thought of Haiti incessantly. Thought of the trench constantly. Knew its deepest, most active part was there in that very spot that got set off. Somehow, we had chosen to move to this very corner of this island that is closest to this spot, Milwaukee Depth meets Mona Canyon. Still I stood grateful for not having been knocked down. Grateful for still standing. Grateful that, with the exception of a few items, just about everything was still standing, still ok. We were ok.

Ivan put the boys back to bed. I stayed up, still at the computer. For all my gratitude, my body was on complete edge. First chakra assault means you’re thrust into adrenaline mode, ready to fight/ flight. It didn’t help that every so often, she swayed strongly again. That was three days ago. The tremors continued the next day. They continued as recently as last night with another 4-point-something tremor registered, one that Ivan and I came from where we were to confirm with each other that there had indeed been something. A tremor happened this morning as I sat writing this.

Last night’s tremor shifted something in me. This is the new normal, I told myself. She will sway. Sway with her. There is no other way. Sway with her, pray with and to her. I didn’t want the boys at their afterschool program that sits right on the sand, before the sea. I kept asking myself, are these gentler aftershocks as she resettles or is homegirl revving up her engine for the big blast?

Somehow you have to live. Like corners left empty.  Like the still bare walls we’ve moved furniture away from because though those storms didn’t affect us, they are still in season. They keep forming and heading over in this direction, so let’s just leave shit right where it is. Let’s not put anything back if it means we can live a little more at peace for the next few weeks. Still gotta live, but there is something suspended and that something just might be me. Floating somewhere in between—between an earth that’s pissed and bites back, and crazy muthafuckas who keep insisting on fucking up everything more than it already is.

Suspended, floating, coming out of my body that stands shaking on quaking earth, my consciousness ascends. Wrapped in indigo swirls of third eye visions of a different realm. There I let myself be taken. There images are presented to me. Images like this trench I never had even thought about before this year. The bioluminescent animals that inhabit it, where sunlight never reaches. The way they use light, sound and vibration like we could never know 27,500 feet up on dry land. There on this earth, is a dark place that functions like outer space. Darkness, minimal oxygen, but life. Adapting, evolving, efficient, still living, pulsing.

The sea floor goes active in a series of continental plates rubbing past one another, subducting. Crossroads of the Moca Canyon meets Milwaukee depth, deepest point of the Puerto Rico Trench, deepest point of this Atlantic Ocean. Land slides to activate the sea 27,500 miles deep. Water ripples out, rides its rage and the Diaspora we know fades. Our cross-charco inter-island nation is not one of Boricuas here and Boricuas there. Like Betances knew, our Caribbean world is a tribe of people who share blood, but speak many languages, share ancestry but come in a spectrum of colors. We are a rainbow people bound by the magic of living afloat, trained in survival from the threat of hurricanes, forced to live all we possibly can at maximum height before the next earthquake. We are a Caribbean tribe severed by colonialism. Severed by the exploitation of colonial capitalist cruises, condos and cabanas. None of us can survive this, unless we gather in an exchange of wisdom, love and resources.

“The children of el charco are a lost mermaid tribe, dispersed by conquest. Our gills and scales concealed by colonialism. Submerged by hurricanes, by floods, by injustice, we went afloat and rose again. We are the amphibious shape shifters crossing lands, seas, dimensions.”